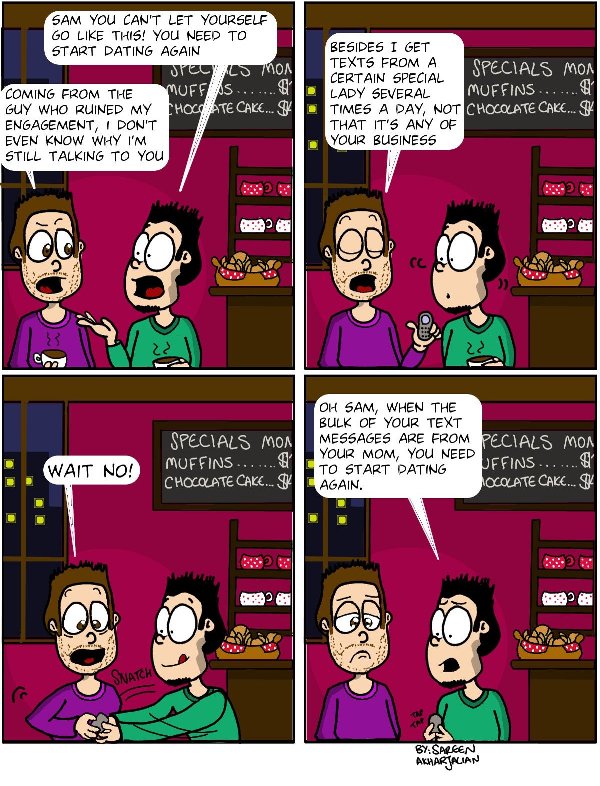 
I suppose the fact that she lived down in Missouri was a relief for me.

It made it easier for me to open up to her and trust her. Aizar , Jawz and Vivid Melody thanked this post. I don't like dating, I am weird. I would rather go sit at a park and spend time with girl im interested in or take a walk with the person then do the norm, go to a coffee shop, or something -- I like nature, maybe a zoo or something. I tend to rebel against normality. I started dating back in elementary school too be honest rofl -- but I don't do dates anymore.

What age did you start dating? | Yahoo Answers

I casually find people of interest and if it forms into something, it forms into something, that's it. Jawz and ardentauthor thanked this post. I had a brief 5th grade "boyfriend" which was a joke and lasted a week. Had another such boyfriend my freshman year in high school, we held hands! I'm still in my second relationship, and we've been together for 2 years. I fell crazy in love when I was 14, but I don't consider it as dating as things didn't work out from the get-go both way too young and depressive.

Then I was set up without my knowledge with a guy I talked to online, and being very weak-willed at the time I didn't say no, thus we 'dated' aka, called each other twice for a week until I had to break up with him. I was too emotional and shy to even think about it for years. I'm not very noticed generally and I would only go out with someone I deeply cared for. I've never dated, I find it too awkward.

I consider all relationships serious, if I thought it would be short-term I would never be able to open up. If I connect it's beyond short term desires.


As for my first relationship; I was 22, and it didn't work out. Gaminegirlie thanked this post. I don't even count the ones in between because they were worthless. The 4th grade one doesn't really count either but technically it was my first. One is serious and one isn't or maybe that's not what you meant. If you want to date when you're a teen I think it can be a good learning experience but if you want to wait until you are older, I think that's fine too. Bookmarks Bookmarks Digg StumbleUpon del. It didn't even last a whole week, which is why I put that in quotation marks.

I'm just putting all the dating on hold for now until I graduate from high school.


My "first" relationship was in 8th Grade. I didn't actually say YES to the relationship when he asked but instead my cousin did. Once she did she announced it to the school during lunch after I was about to decline her sudden YES to him. Everyone clapped for the both of us and I was embarrassed. I couldn't say no then because everyone already had an idea that we were dating. I was pissed off. So by that we lasted for 3 months almost 4 months until he dumped me the day before our 4th month.

I didn't cry about it because like I said, it felt more like my cousin and him were going out because I didn't say yes she did. And also, they both were always together, nasty thing is that they're cousins. After our breakup he told me tha he'd date her if she wasn't. I didn't care, cause I also told him that we weren't actually dating either because she said yes not me. He felt stupid; but I felt and still feel humiliated about it. We didn't do much; just small pecks not even for a second, just about one millisecond. I was also the guy in the relationship.

I mean I did show that I cared for him too, but I made him vulnerable. So I basically waited for him to break everything off so he wont kill himself if I did it. And yeah that's it My first relationship was when I was 16, it lasted 1,5 month and it ended pretty bad. We were so incompatible, it was one of those times when you get soo infatuated with someone that you get blinded by what the do. But when I ended it, it was over forever.

Less than a year later age 17 was my second relationship, and I'm still with that person 2 years and 1 month later, I'm now I'm really grateful for this, I got to know how it feels to truly love someone, I got through so many emotional moments, like a roller coaster. It kinda makes me feel alive. My first relationship was my freshman year of high school too, age This was like a really stupid "relationship" lmao. My second started the end of freshman year up till middle of my junior year.

This was kind of stupid unnecessary drama with the breaking up and making ups, BUT I learned a lot about how to handle relationships and whatnot. My current began the summer after I graduated high school and now in my sophomore year of college, age So glad I spent my senior year single! Dating in high school was really dumb haha.

What Age Is Appropriate for Dating?

Okay i first "dated" or was seeing this guy when I was 14, but it was nothing serious. Only for a month. It may sound silly but we look forward to spending our future together. We are the same age but hes a december baby and Im born in the earlier months so im nearly a year older than him. First relationship was when I was It lasted for 1 year and 7 months.

After that I got traumatized. So the next years, I just texted some people but it was not serious.

My first relationship was the end of junior year in high school with a guy a year older. He was heading off to college soon, but we were friends for a bit and realized we both liked each other.