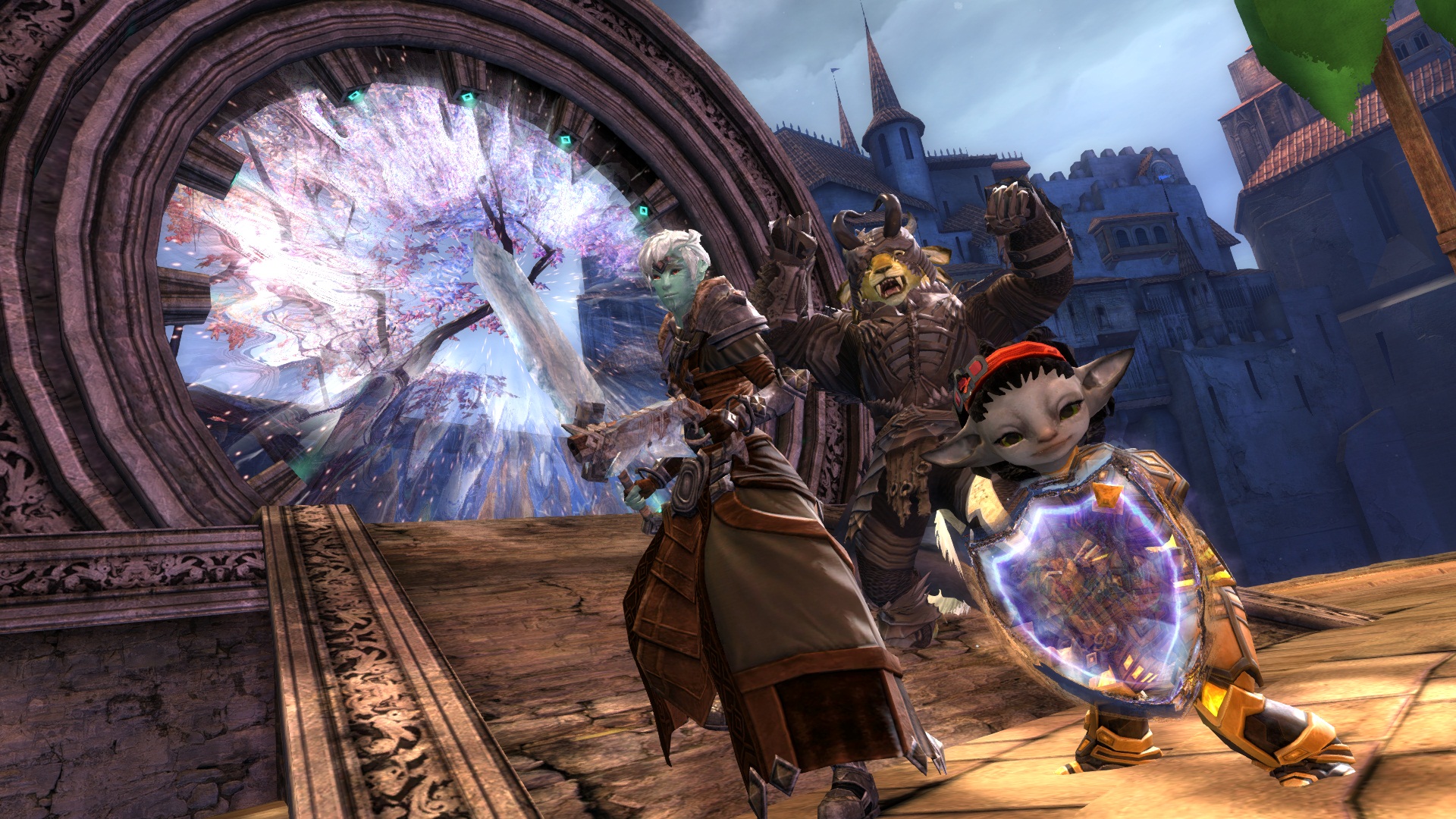 
Ubisoft's latest update for Rainbow Six Siege is now live on test servers and it brings significant changes to defending operator Caveira. Her pistol Luison has suffered decreased weapon damage and increased recoil and hipfire spread. Silent assassin's weapon damage gets a significant decrease. The Division 2 trailer reveals enemy factions. Ubisoft have shared a first story trailer for the upcoming looter shooter The Division 2. The trailer offers a sneak peek at the enemy factions which will vary from religious fanatics, fascists and roaming riders to military-like groups.

The Witcher 3 and Monster Hunter World crossover date revealed. New Black Desert Online event rewards you for staying in the game. New Atlas gameplay shows tornadoes, sea monsters and ghost ships. Atlas has been delayed, again, but only for two days. Customers to wait 4 to 6 months for Fallout 76 replacement bags. The original plan was to count a guild within the alliance at some rounded-up size rather than exact size when calculating how full an alliance was.

The benefit of this method was it would give more autonomy to the individual guilds to control WvW members, i. The plan is to ship the core system and get all the kinks worked out and the teams balanced before we start trying to find new ways to give rewards or do tournaments or anything of that kind. We subsequently have decided to, at least at the start, use only play hours and not adjust using other metrics. This will allow us to compare apples to apples so to speak once the system is in place.

From there we can simulate how certain adjustments would change the matchups. This will make it easier to determine if an adjustment will have a positive impact. It depends on where you normally play. If you are used to playing on a large world then I imagine the queue times will seem better. If you are used to playing on a smaller world then the queue times may seem to increase somewhat. This also is dependent on how big we let the worlds get. We can potentially adjust the number of worlds to help with this.

This is something we have on our list. With the exception of a technical limitation that prevents us from doing it this, we believe it should be something that gets in eventually. What happens to the RPer's and their server s? When you say "player hours" am I right in assuming this is strictly WvW playtime and not overall account playtime? It may seem obvious but you didn't clarify it.

Just want to make sure that it is actually WvW playtime. Judging from the amount of RP posts you see on a daily basis, way more than there should be if you need a reminder go to red borderland. There are more than roleplayers. Joining an alliance won't work for the community. It matters, and hopefully it's still being taken into consideration. Do not fear simplification of the game, there is elegance in simplicity that allows more time for playing and less time building. It's how I defeat my enemies open field, and the system.

Don't judge my play style! You ain't my dungeon master. Something needs to be done because the current repeating disintegration of smaller servers and their ties to larger servers is killing the game. Yes WvW play time. Thanks for the update. I guess there is no way the system will be implemented before Summer You mean you don't re-create war tactics and have a bunch of warriors and deadeyes kneeling and taking turns firing at eachother?

The play time calculation will take into consideration the historic play time of the play. I'm not going to go into details on how that calculation is done. Your home server is currently a significant factor in which PvE map instances you are put into by default. It's not the only factor, but it is something that noticeably makes a difference. If home worlds as they exist today are being replaced by alliances, is part of the intended design that your alliance will become a factor that influences PvE instance selection?

If not, are there plans for how this process will be modified to account for home worlds no longer existing? We have to have reason to put effort, play more and improve. Increasing the number of guild slots so people can join a guild specifically for WvW and mark it for example. In other words, the businness department still hasn't figured out a model that will provide a new steady cash influx that will at least match the one from PvE farming base of players. As soon as they figure it out, Raymond and his team members will have to finish everything for Treat Alliances as Tesla Model 3, which will be constantly delayed, until above conditions are met.

I appreciate the communication. Hope to see this be as frequent as possible to keep us updated on the progress, thanks Raymond.


Everyone else at that level is way more serious than I ever expect to be, so I'm a bit of both an easy target, and inclined to feel like a bit of a hinderance -- even if I play competently with the groups, I'm likely to make unwise decisions because I just don't have the same commitment they do. From my perspective, the biggest hope is that I end up on a more "casual" sort of WvW environment.

I'm not looking to suddenly be great, but I am hoping I might end up being less standard deviations from the usual effort put in by other players in the same grouping. Even just using "number of hours played" as a proxy for how much WvW someone does, and so preferencing groups so they mostly have similar sorts of hours-per-week counts, would be a big improvement to my chances of getting WvW that I enjoy more, I think.

Either way, I'm looking forward to the new system - and not just because I'm too cheap to buy the gems and transfer to a less serious WvW world. I talk a little about this in the post above but we're not sure what we want to do here. There are pros and cons to both methods and we're still weighing those options.

World population caps will be a function of how many tiers we have.

Ideally the population will be spread evenly between N teams. We are looking into a variety of ways to help make the system launch smoothly. I don't have details on any of these things as we are still looking into the what things we are going to pursue. Thanks for the update! I'd humbly suggest working on the front-end for alliances and implementing them ahead of time before the matchmaking gets in place, so that it allows us to learn that system and debug it before it can impact the world-building.

If that's at all possible. Alliance chat might be paramount, so i'd personally like to see that implemented prior to the release of the system. Ideally you can find a guild that has a similar play style and approach to WvW that you do and join them. That way you have a group that plays like you'd like.

Because, personally, RP should not be done in WvW due to the map cap of players.

There are only X number of spots for people to come into WvW. RP can happen on any map, anywhere. WvW can only happen on a specific map. It means that the map gets overrun by enemies as the players who own the land can't get enough players onto the map to defend.

Which means I'm basically saying that RP concerns should be the very very very very very last thing ANet devs consider when designing this system. And things put in place for RP'ers should only happen if they wouldn't negatively impact WvW players or would benefit WvW players. We fully intend to give a significant lead time with the frontend in place and people able to setup WvW guilds and alliances before the matchmaker does it's thing for the first time. 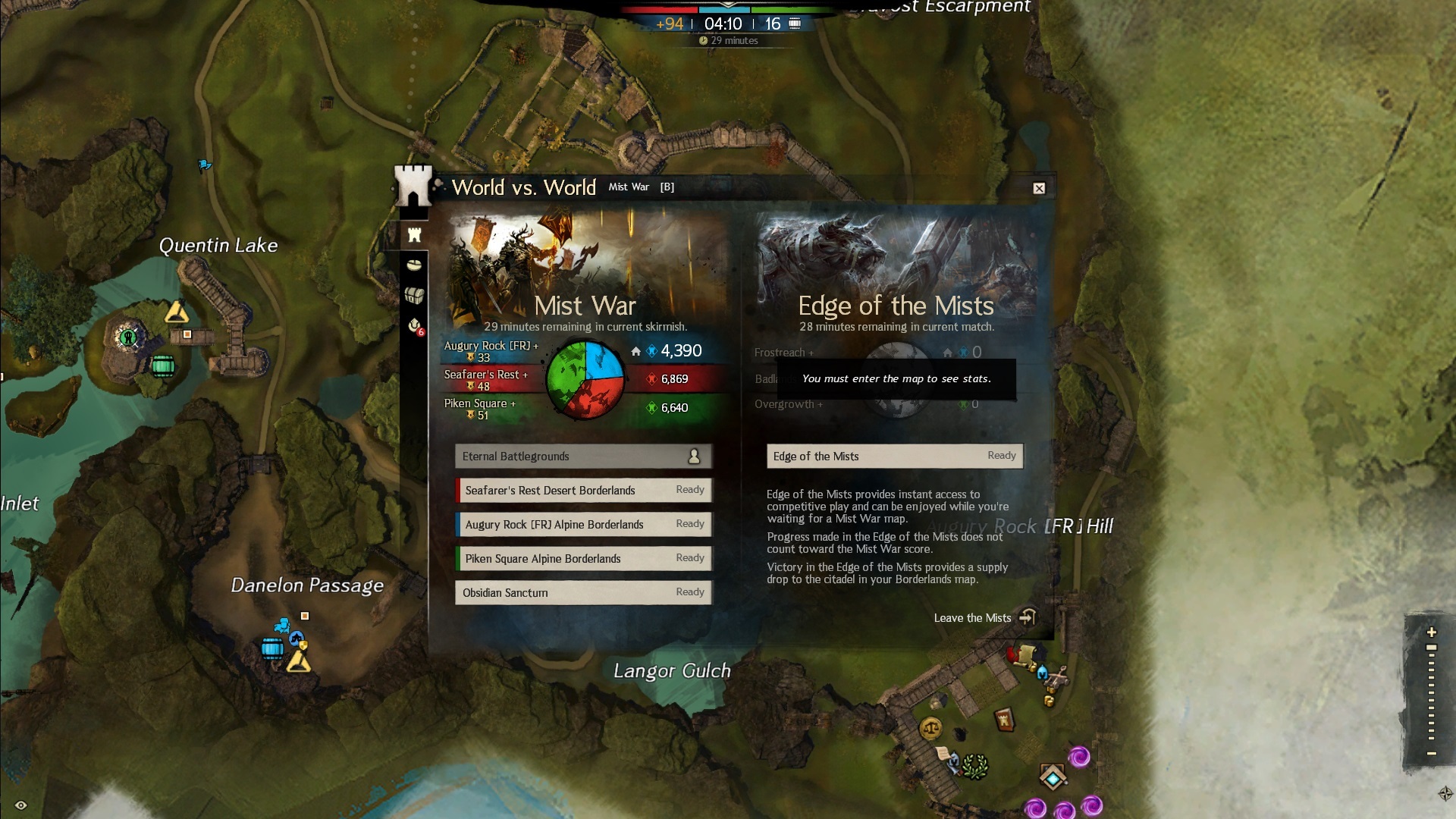 An alliance cap is simple enough to get around, you can just have the people you want join a Dummy guild to mark it before every reshuffling, and then go back to whatever guild you were with. A fixed server cap would make it less exclusionary but make it easier to allow stacking , so I do understand there is no real perfect solution here. If I am understanding this correctly, the population caps per servers will be dynamic rather than fixed?

So if less people play will the caps be increased or decreased? Maybe I am missing something, but I see the post referring to the size of guilds but not the number of guilds per alliance. I would highly recommend adding an extra slot, or simply increasing the number of guild slots available. I believe there are people who will seek to create their own guilds specifically because of this restructuring and this will be greatly beneficial.